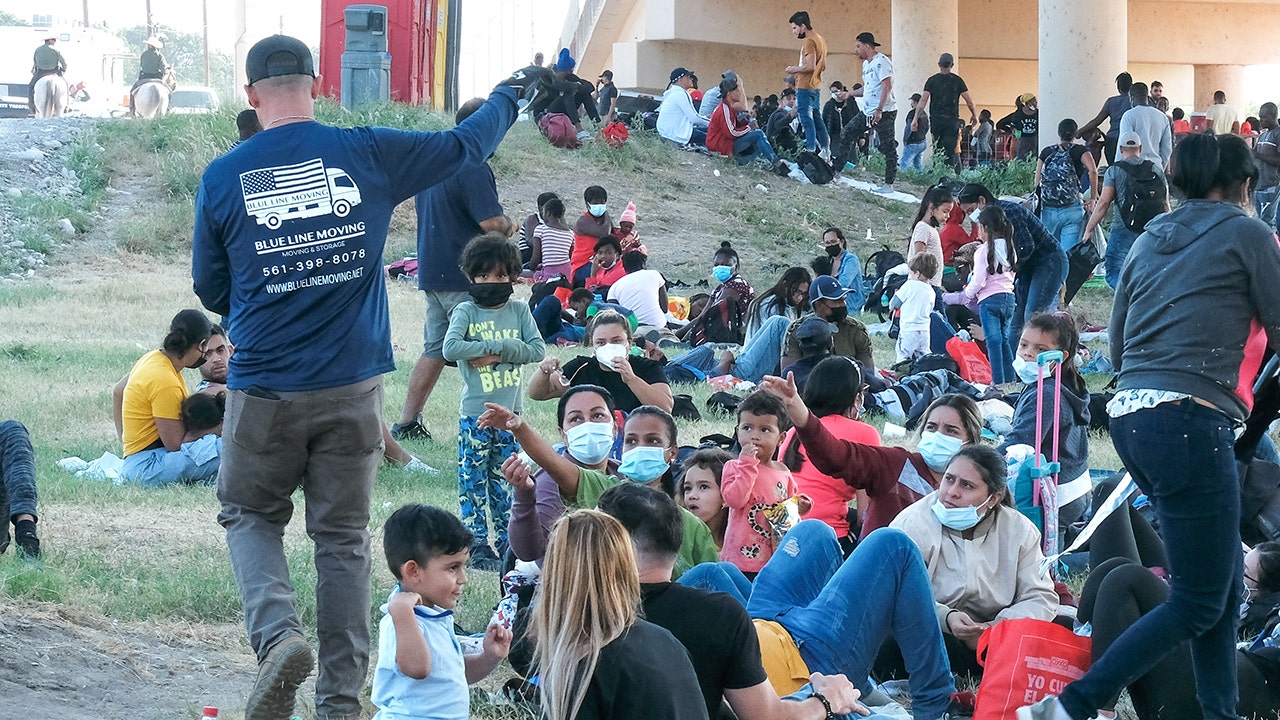 McAllen, TX- For many migrants, McAllen, Texas is the end of a journey. For others, it’s the start of a new story. Some will live in the United States legally, most will not, as 63% of asylum claims are denied, many flee immediately and a majority ignore their final deportation order.

Five years after crossing the border, according to the DHS Lifecycle Report 2020, only 8% of migrants have received permission to stay in the United States

Getting to the border is half the battle, getting a foothold here is another. Playing a vital role in this transition, hundreds of NGOs or non-governmental organizations are receiving at least $137 million in federal grants, according to federal budget figures. The grants pay for everything from food, housing and transportation to legal services that help migrants cross Mexico. Some border agents believe that US taxpayers are unknowingly helping migrants enter illegally.

“Do you think they (NGOs) are working against you?” I asked Chris Cabrera, head of the National Border Patrol Council in South Texas.

“Certainly,” Cabrera said. “And they shouldn’t be allowed to, but our government allows it. And that’s a problem. And that’s one of the reasons morale is so low.”

Once across the border, a network of NGOs helps migrants reach their final destination, unsure whether they will obey the law or break it. Border Perspective’s Yonathan Moya, a young pastor who grew up in McAllen, Texas, says it’s tough.

“For us as believers, we just have to be able to respond. If there’s suffering. If there’s hunger. That’s just what we do,” he said. declared. “People who work hard to really alleviate suffering don’t get any of those federal dollars. We do it because it’s about compassion. It’s about empathy. It’s about love for our neighbour.”

Moya took us to a migrant camp in Reynosa, Mexico, where thousands of people were waiting to cross the border. In freezing temperatures, groups of migrants burned building materials and rubbish for warmth under tents or plastic sheeting. Religious groups bring food to help them survive. No one looks rich, despite paid smuggling fees or pledged cartel assets.

“All he’s trying to do is fight for his life and the lives of his sons,” said Moya, an interpreter for a young man from El Salvador. “It’s a big risk trying to migrate to the United States. It was one of his only options.”

Speaking on behalf of a young woman from Honduras, Mora said: “Her goal is to support her children and hopefully work. She will wait as long as it takes to get here.”

Most Central Americans traveling to South Texas come by truck, bus, and taxi. Many are stopped by Mexican police who demand to see that a 90-day visa issued by Mexican immigration allows them to travel to the northern United States. Obtaining the visa can be confusing, time-consuming and difficult. To help, the United Nations High Commissioner for Refugees has set up offices en route in towns like Tapachula on the Guatemalan border.

“I’ve watched the United Nations, UNHCR hand out cash debit cards to migrants. They provide food, basic necessities, prescription drugs. They call it movement aid, that’s- that is, they provide transportation money so migrants can keep moving forward,” said Todd Bensman, who recently traveled to the Mexico-Guatemalan border for the Washington-based Center for Immigration Studies. DC, a right-wing think tank.

Bensman believes the UN and several US NGOs are effectively supporting the migrant pipeline, funneling thousands of individuals without proper skills or papers into US cities using US taxpayers’ money, undermining border security and overwhelming agents. with unaccompanied children while cartels import drugs nearby.

“The one thing that’s really, obviously problematic about these migrant advocacy groups, these non-profit organizations – they lobby for money, for migrants and for policies that increase the number of migrants,” he said. “So when you say ‘We do this out of the goodness of our hearts and all in the service of the Lord.’ It is also at the service of their results.“

“There is a lot of work to be done to process arriving migrants, to care for unaccompanied children, to provide COVID tests and vaccinations,” Danilo said. “Shelter organizers, mostly faith-based groups, mostly church-based, are really helping the government shelter the most vulnerable migrants.”

Zak says the federal government has chosen to effectively outsource many of its legal responsibilities to nonprofits, not just because it may make financial sense to be flexible, but because jobs exist. better suited to social workers than to border agents.

“Previously, the vast majority of migrants were single adults and they came for economic opportunities.

“Now we have a lot of these vulnerable families and unaccompanied children who cannot be taken into custody. The local community, especially the faith groups, have really helped meet that need.”

Neither side thinks it’s wrong. The Border Patrol is charged by Congress with securing the border within the letter and spirit of the law. Loopholes, policies and devious organizations try to defeat them. Unfortunately, American taxpayers are caught in the middle – paying for certain things that undermine America’s core values.