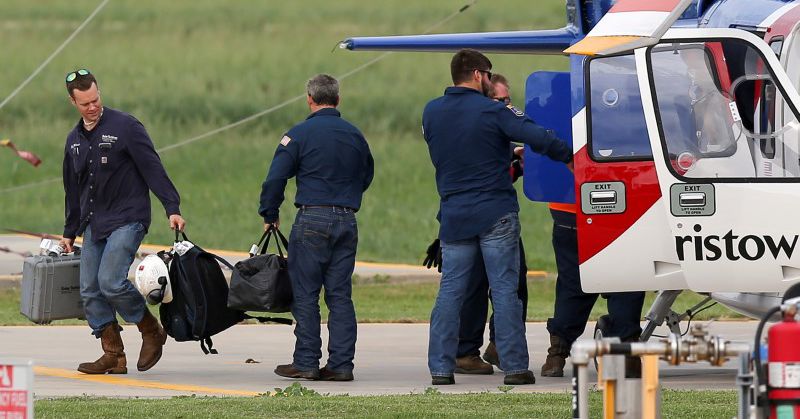 HOUSTON, June 18 (Reuters) – The first storm to hit the oil-producing regions of the Gulf of Mexico in the United States this year has pushed workers to flee offshore oil platforms and cut some production.

A weather disturbance in the central Gulf of Mexico was expected to turn into a tropical storm on Friday. It was moving north at about 14 miles per hour (22 km / h) and could bring up to 12 inches of rain to the central U.S. Gulf Coast by Saturday, the National Weather Service said.

Equinor ASA (EQNR.OL) said on Friday it had cut staff and stopped production from its Titan platform, located about 65 miles (105 km) off the coast of Louisiana. Chevron (CVX.N) and Occidental Petroleum (OXY.N) have also cut staff and started taking precautions on their offshore oil and gas platforms.

â€œIt’s not that unusual to do evacuation flights this early in the season,â€ said Jason Glynn, operations manager of the Bristow Group’s offshore crew transport unit in Louisiana. “Over the past two years we’ve always had a softball like this at the start of the season.”

Chevron removed non-essential personnel from three US oil rigs in the Gulf of Mexico and completely evacuated a fourth located about 150 miles from Louisiana. Production shutdowns on two platforms could be lifted over the weekend.

â€œAll of our facilities have plans to prepare for weather events and implement these procedures,â€ Occidental said on its website. He did not comment on the production.

Other big producers, including BP, BHP, Royal Dutch Shell and Murphy Oil, said they were monitoring weather conditions but production had not been affected.