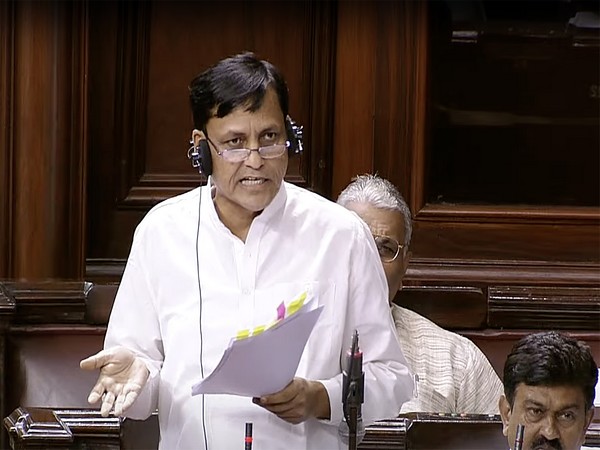 New Delhi [India]Jun 03 (ANI): As neighbors are increasing the population in bordering villages by taking various measures, India is also exerting all efforts to stop any kind of migration from any part of the country, State Minister said at the Interior Ministry Nityanand Raï on Friday.
He was the chief guest at the 19th BSF Investiture Ceremony to award medals to Border Security Force (BSF) personnel at Vigyan Bhawan in New Delhi.
“People living in border villages are brave and patriotic. We are making every effort to stop any kind of migration from all border states. Problems such as education and shortage of other basic necessities have caused the migration,” he said.
“The central government is making policies for the development of border villages. And we are committed to providing all facilities in the villages,” he added.

A total of 42 members of the force were decorated with medals, of which 16 members received Police Gallantry Medals (PMG) and 26 Police Meritorious Service Medals (PMMS).
The investiture ceremony is an occasion to mark deep affection and respect for BSF’s first Managing Director, Padma Vibhushan KF Rustamji. BSF has held the investiture ceremony on the occasion of KF Rustamji’s birthday since 2003.
On this occasion, DG BSF Pankaj Kumar Singh first paid rich tributes to the martyrs of the Force who made the supreme sacrifice for the motherland on the altar of duty.
In his speech, Singh informed about various operational achievements of BSF.
During the event, a locally developed anti-drone system was handed over to BSF in the presence of MoS (Home). (ANI)