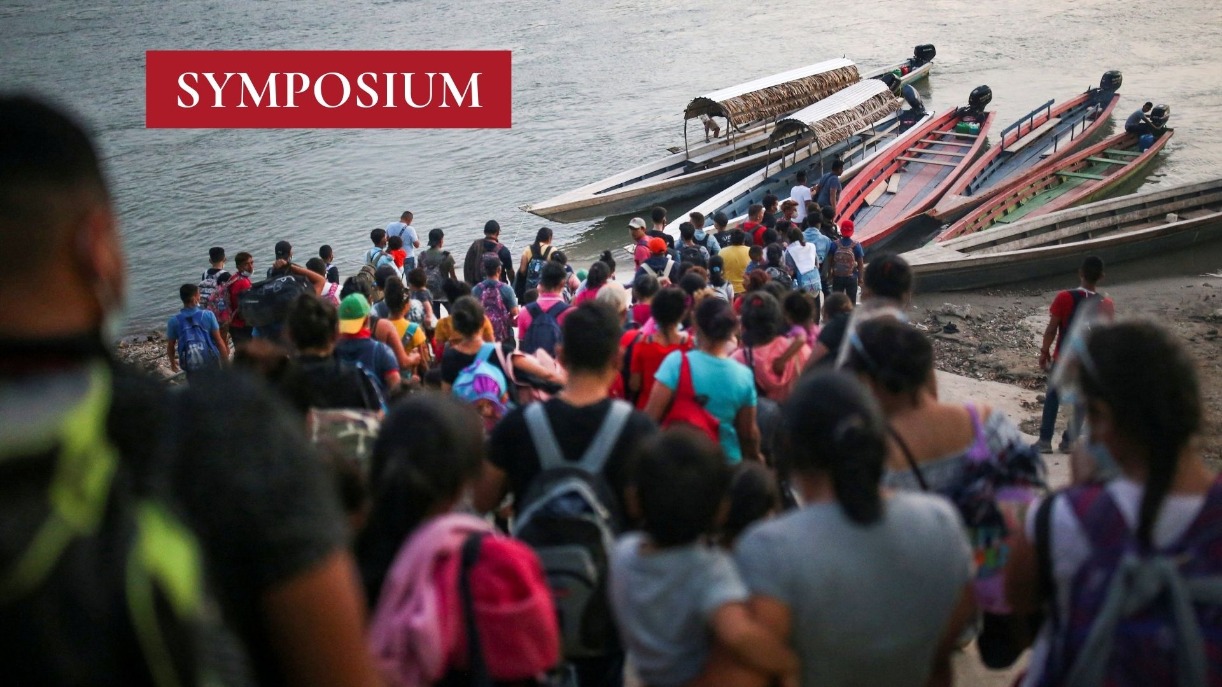 The COVID-19 pandemic has laid bare many of the demographic challenges facing various countries. Many experts warn of the social and economic consequences of falling birth rates, gender imbalances, labor shortages and an aging population. In response to these challenges, many countries have attempted to offset some of the burdens associated with childcare or have instituted other population policies. In the United States, the Biden administration issued a child tax credit to ease the financial burden on families. In China, Beijing recently changed its policy to allow families to have three children.

Meanwhile, migrant crises have arisen at the borders of countries like the United States, Belarus, Pakistan and many more. Even more people have been displaced by conflicts in Afghanistan, Ethiopia and elsewhere. Climate change has also made life in some areas untenable and created its own population movements. Can migration be a solution to the different demographic challenges facing many nations, or is it a challenge in its own right? How should states adapt and / or mitigate the effects of demographic change and influxes of migrants?

Below are links to each expert’s analysis, and we’ll update this page to compile their answers over the next week.

Education can dispel anti-immigrant sentiments
Fatemeh Aman, a non-resident senior researcher at the Middle East Institute, writes that in order to prevent immigration from fueling xenophobic sentiments, governments must conduct careful planning and public education that highlights why immigrants are a boon economic.

Integration or crisis? In the age of migration, these are the only choices
Jack A. Goldstone, Virginia E. and John T. Hazel, Jr., professor of public policy at George Mason University, say admitting more legal migrants would help resolve the two the aging and shrinking workforce and the crushing of migrants at borders.

Climate change creates a job crisis in the North
Thomas hochman, a a member of the Citizens’ Climate Lobby, warns that due to Canada’s incredibly low birth rate, he will not be able to take advantage of the economic opportunities created by climate change.

In a region that usually exports migrants, Kazakhstan is becoming a major destination
Edouard Citron, a Assistant Research Professor at the Bush School of Government & Public Service at Texas A&M University, discusses how the coronavirus pandemic and shocks to the Russian economy have driven Central Asian migrants to shift from Russia to Kazakhstan.

More immigration is inevitable, but overcoming its challenges is not
Demetrios Papademetriou, Distinguished Transatlantic Fellow, Co-Founder and Chairman Emeritus of the Migration Policy Institute, discusses the optimal migration balance for the American population given longevity, humanitarian responsibilities, and politicians’ reluctance to make tough decisions.

A strong immigration policy must be humanitarian and inclusive
Marissa Quie, a Fellow and Director of Studies at Lucy Cavendish College and College Lecturer in Politics and Director of Studies in Political Science at Magdalene College, University of Cambridge, advocates for a humane and inclusive immigration policy as a form of security national and demographic that will both strengthen economies and protect against human trafficking, drug cartels and other organized violence that emerges from migration crises.

Russia shows why migration rhetoric matters
Caress Schenk, Associate Professor of Political Science at Nazarbayev University in Astana, Kazakhstan, discusses the polarized and often oversimplified political discourse on migration in Russia and its impact both on the Russian economy and on the lives of millions of migrants from Central Asia working there.

Beyond Immigration: How Countries Cope with Aging Populations
Jennifer sciubba, Associate Professor at Rhodes College, explains why immigration is not a panacea to the problem of aging societies, and why, faced with the choice between admitting migrants and combating demographic decline, many countries choose the latter option.

Remittance Dependent Countries Show Migration Is Not a Panacea
Jennifer wistrand, Professor of Global and Intercultural Studies at the University of Miami, discusses the challenges of remittance dependent countries, and how, while remittances can be a much needed lifeline for many migrant families, the stress of migration to countries like Tajikistan and Kyrgyzstan can pose more challenges than opportunities.