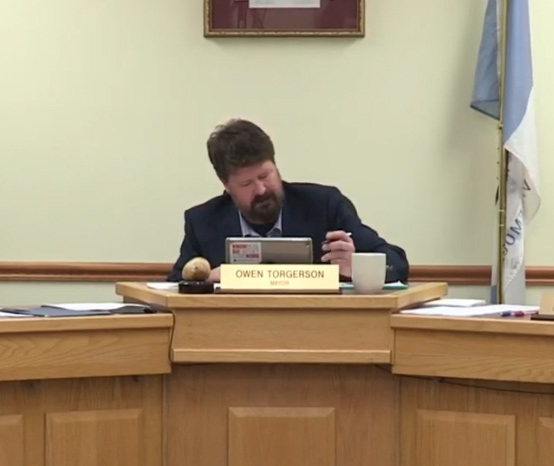 Recommendations relating to Tourisme Valemount’s governance structure
Phillip Coppard and Ray Freman of Stormy Lake Consulting presented the recommendation for Tourism Valemount’s governance structure. The goal is to have a Destination Management Operation (DMO) that: is dedicated to tourism, has autonomy to meet the needs of stakeholders, is accountable to the board of directors and has a strong line of communication with the advice. The recommendation is to move from the current board committee structure to an independent model once the right person has been found to lead the group. The duo stressed that trust in the right CEO / Director is crucial for success.

The Council proposes to receive the delegation for information.

Crossing Diversity and Inclusiveness
Derrick Shaw, Principal of Valemount High School, applied to council for a crosswalk representing diversity and inclusiveness to be installed on Ash Street near the school. The crosswalk would not only contain the rainbow colors associated with the Sexual Orientation and Gender Identity (SOGI) community, but also the colors that were added to the SOGI flag, black (Black Lives Matter diversity), brown (indigenous community) as well as light blue and white (transgender community). The crosswalk would indicate that Valemount not only welcomes diversity and inclusiveness, but embraces and celebrates it. Shaw presented research on the types of paint needed for an efficient crosswalk, costs and ICBC guidelines. Kiba Dempsey along with a local student and member of the LGBQ community also expressed support for the request.

The Council moved to receive the delegation. At this time no decision will be made, but Council has requested that the information be passed on to senior village officials for a report.

Reading Articles
Councilor MacLean has offered to write a letter of support to the Town of Pitt Meadows regarding their letter of support and a call for further action to find and hold accountable those implicated in the deaths of the Indigenous children. The motion also included a request that the administration write a similar letter to MP Bob Zimmer.

Councilor Pearson brought forward a motion to support the Township of Spallumcheen asking BC Hydro to reopen the residential rate review survey, and for the administration to also submit a similar letter from the village of Valemount to BC Hydro.

Both of these motions were adopted by council.

SOFI
The Board adopted the motion to approve the Statement of Financial Information (SOFI).

Contracts awarded:
Paving of 17th Avenue
Council adopted the motion directing staff to negotiate a contract with Dawson Construction Ltd in the amount of $ 1,036,882.33 for the paving of 17th Avenue, subject to the village receiving a funding agreement from Trans Mountain for the project. .

Two requests for quotes for the maintenance contract for the entrance signs to the village of Valemount did not result in any bid. The Board passed the motion to receive the report stating that staff will work to find a supplier to complete the project in 2021, within the budget of the approved five-year financial plan.

Notebook editable message sign
Council adopted the following motions regarding the contracts for a portable variable message sign. A) this advice; approve an increase in the budget for portable editable message signs from $ 18,000 to $ 21,000 of the COVID 19 safe restart plan (as originally approved by resolution 42/21) and b) that the council awarded the purchase of the sign from Adtronics Signs Ltd. in the amount of $ 19,250 plus tax.

By-laws and policies of the village of Valemount
The council adopted the motion to give the modification by-law of the cemetery no. 846, 2021 third reading as amended.
The council agreed to give zoning by-law no. 847 2021 first and second reading.
The Board accepted the recommendation to repeal procurement policy No.39 as of November 2013 and replace it with new procurement policy No.39, 2021.

On receipt of reports from each councilor, the meeting was adjourned.