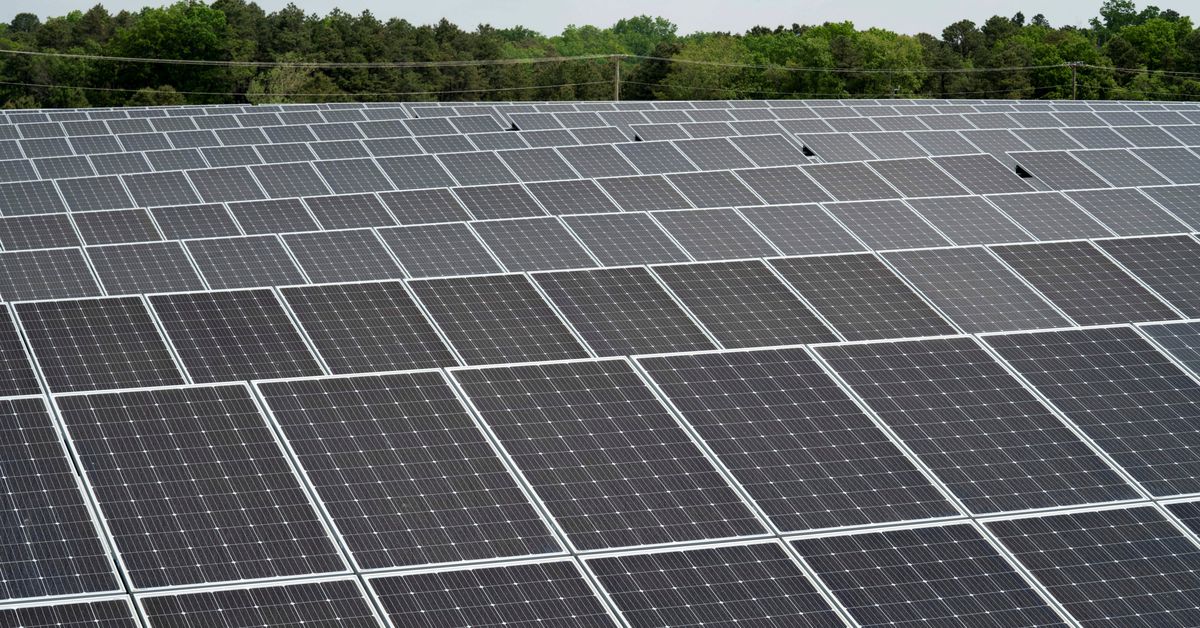 Feb 9 (Reuters) – A U.S. solar panel maker is asking federal trade officials to investigate whether to impose tariffs on imports from four Asian countries, arguing that Chinese makers have moved the production to these countries to avoid paying duties.

The petition, filed Tuesday by San Jose, Calif.-based Auxin Solar, with the Department of Commerce, came days after President Joe Biden’s administration extended but eased tariffs on solar products made in China. overseas, disappointing the small US solar manufacturing industry.

Auxin was one of the companies that had requested a tariff extension.

In recent years, domestic solar producers have repeatedly sought trade remedies, saying their products cannot compete with the cheaper Asian panels that dominate the market. But U.S. solar trade groups have opposed the tariffs because their members — plant developers and panel installers — rely on cheap imports to compete with fossil fuels.

In the filing, Auxin said Chinese components were being shipped to Malaysia, Thailand, Vietnam and Cambodia for processing into solar cells and modules so they could enter the US market duty-free. The United States imposes anti-dumping and countervailing duties on cells and panels manufactured in China.

“Instead of ending widespread government subsidies for the solar supply chain and Chinese producers raising their prices to stop dumping, the Chinese have simply moved to another country as an export platform. to continue attacking the American market with incredibly inexpensive products.”

Auxin’s petition is similar to one denied by the Commerce Department three months ago. This effort, by a group of unnamed domestic solar companies, was aimed at securing tariffs on panels imported by three South Asian countries.

The trade rescinded this petition in part because of the group’s anonymity.

In a statement, the American Clean Power Association called the filing “an expensive distraction from the need to rapidly deploy large-scale renewable energy.”